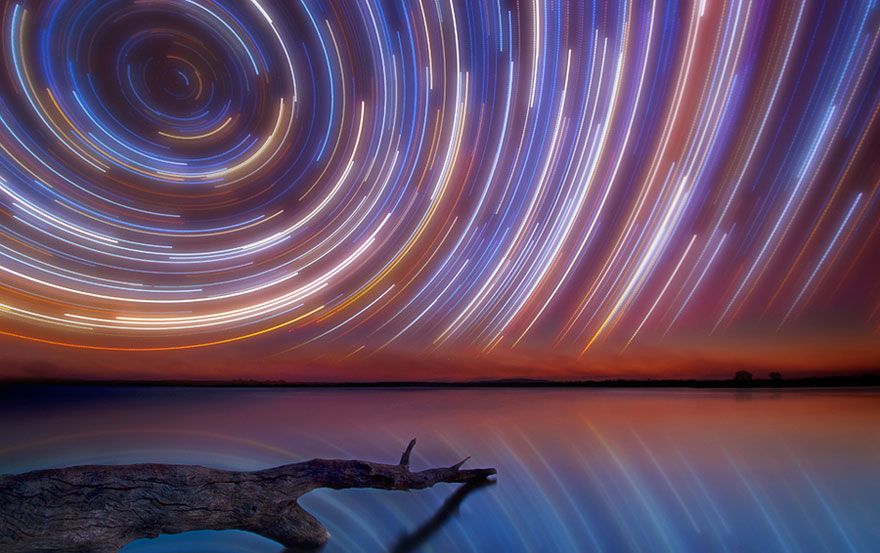 So stars, convinced, reveal their motions

and sands, still warm, are cooling

With his walking stick in one old hand

His sandals dangling in the other

In the evening beach there walks a man

Who, as he slowly walks, he wonders

just who the gods are fooling

Breathing the aroma of the sea

Watching the setting sun of twilight

His aging eyes peer the mystery

And admire the silk of nighttime;

how darkness starts to shimmer

And placing the largest at his feet

He twirls around in the sand and combs

With his stick – he traces circle streaks

and maps the solar system

He places a stone in each new groove

Saturn, the Sun, and not last the Moon

Earth; to witness them and to the stars;

soon to wash away in waves

Little did he know of his drawings

Were all part of the long ancient spell

Enchanted science which would propel

he’d conjured up the space age